What is carbon removal?

In order to stop and reverse climate change, we need to reduce our emissions as much as possible, and take action on those emissions that we cannot avoid. Only by physically removing CO2 from the atmosphere, we will be able to reach Net Zero. 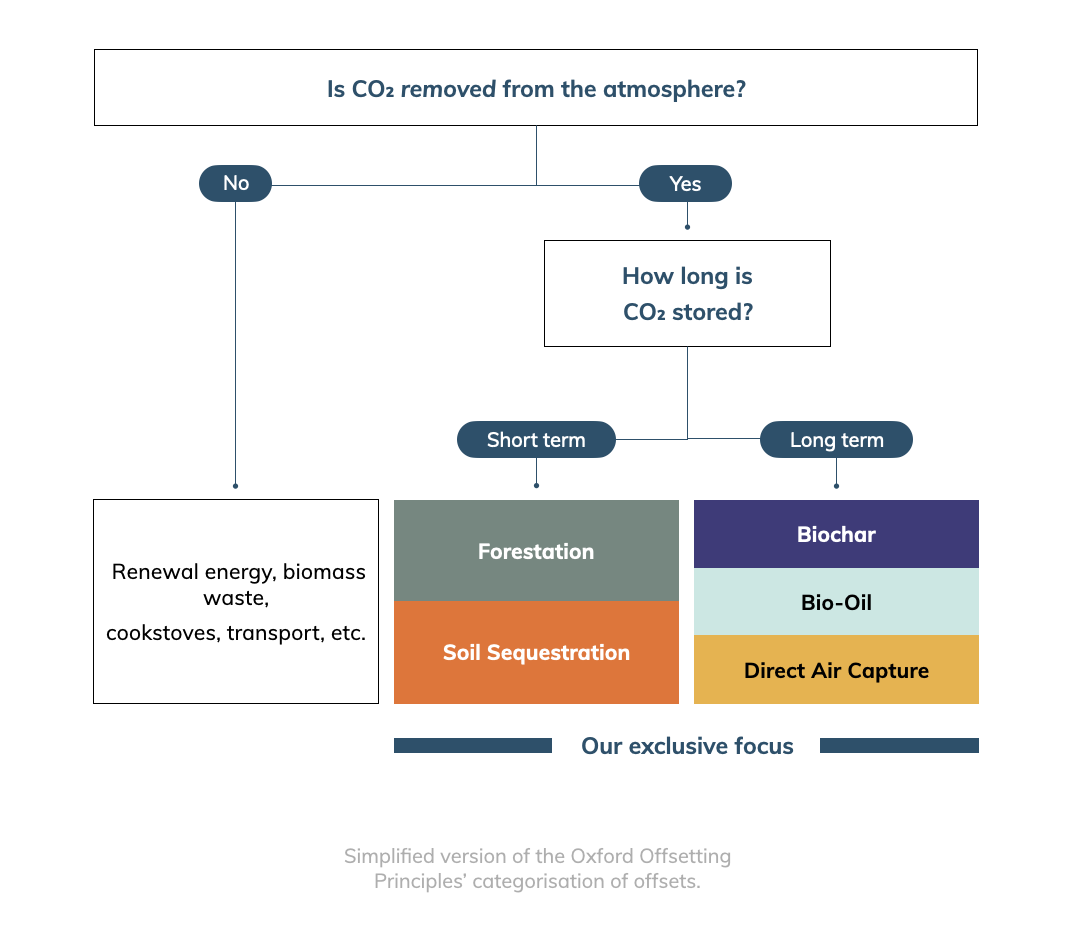 The difference between avoidance and removal

At the most basic level, carbon offset methods can be split into two groups: Methods that avoid greenhouse gas emissions and methods that remove CO₂, which is already in the atmosphere.

The most common forms of avoidance are renewable energy projects, such as wind and solar, as well as energy-saving activities such as providing clean cookstoves or boilers.

The general idea is that if you buy energy-efficient cookstoves for people in developing countries, they will use these instead of burning wood. This results in a net reduction in the amount of CO₂ being emitted in the future (as less wood is harvested from forests and burned to heat the stove). Similarly, renewable energy offsets assume that the energy generated from renewable sources would otherwise have been generated from sources with higher CO₂ emissions like coal, oil, and gas. The difference is then counted as an offset.

Why does Klimate exclusively remove carbon?

The problem with avoidance is that no GHGs are actually removed from the atmosphere. As shown on the graph to the left, there are no negative emissions taking place, but rather an absence of emissions in a future year. As a result, it is not advisable to use avoidance for any type of compensation, especially if you intend to communicate your efforts to the public.

Furthermore, most renewable energy offsets, particularly wind and solar, struggle with proving additionality. This means that it is highly uncertain whether the investment makes a difference - for many of the avoidance projects, most of the emissions would never have occurred anyway. As such, there is limited additional impact as a result of the investment.

The alternative to avoidance is carbon removal. The advantage of carbon removal is that instead of avoiding future emissions, we actively remove GHGs from the atmosphere. This makes it more appropriate to talk about compensation, as there is a greater equivalence between emitting GHGs and removing them.
As shown in the graph, this results in a negative emission, which can be used to make claims around being Net Zero. The relationship is not 1-to-1 and depends on factors such as the permanence, rapidity, additionality, and accounting of the emissions, which we take into account when we evaluate the different carbon removal methods and projects. 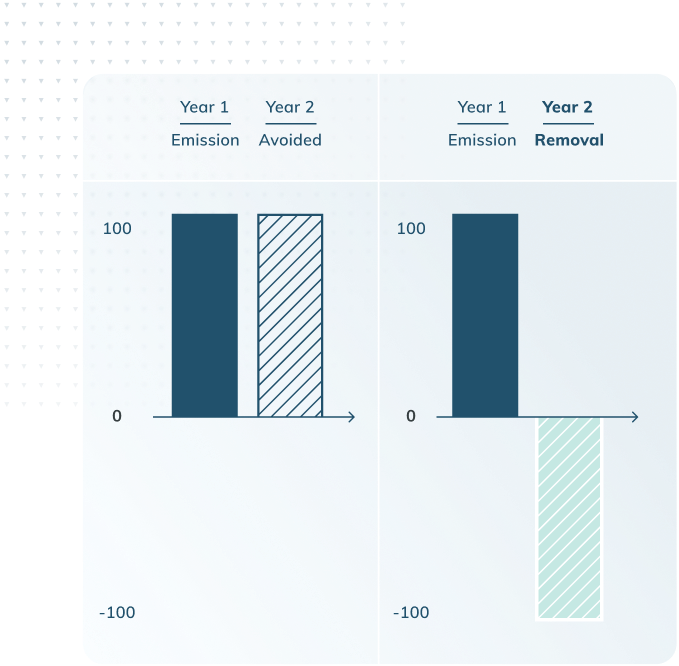 What are the different types of removals?

Technological solutions rely on engineering to capture CO₂, bind, and subsequently store the carbon. The most prominent and promising technologies are Direct Air Capture solutions that directly suck CO₂ from the atmosphere using giant fans and use various processes to store the carbon, usually in underground geological formations.

Hybrid solutions combine nature-based and technological aspects. They rely on nature for part of the carbon removal process - usually to bind carbon in biomass through photosynthesis - and then use technology to modify and store the biomass. For example, many hybrid solutions use various types of pyrolysis to generate inactive carbon, which can be stored in soil or underground reservoirs.

How to align with the Oxford Offsetting Principles

We are here for you

Book a demo
Get in touch