Wildfires: How Carbon removal can save us from the flames

Summer 2022 is officially over, leaving behind a horrific aftermath of wildfires and people mourning for their land, their properties, and the environment. My trip home to Greece and my experience with Wildfires for the second time made me think deeper about the situation. Why have we failed to protect the environment, why have these wildfires become normality and how are they connected to climate change? In my quest to get answers I came to the realization that we are setting ourselves on fire over years of environmental abuse and this cycle will not stop if we don’t take action. On another level, working in the carbon removal market reinforced my belief that collective effort needs to be made to tackle climate change and carbon removal seems more urgent than ever before

So how did this chain of catastrophes start?

The catastrofic fires of 2022 in Europe

For many people, wildfires had been an unknown word until they had to experience it. Particularly summer of 2022 was a time when wildfires knocked on Europe´s door very viciously and not only in the south this time. Wildfires started raging across the continent while the tinder-dry climate has taken the situation out of control. While authorities were battling to tackle the extreme wildfires, heat records have been observed all over the world. For example, the UK, which has been used to milder summers, has seen an absolute record, reaching 40C for the first time. ref At the same time 64 regions in France reached record-high temperatures with more countries to follow like Germany, Belgium, and the Netherlands. ref The south was battling once again with hundreds of blazes in Greece, Portugal, Italy, and Spain which put many regions in a state of emergency forcing thousands of people to flee their homes and surrender their properties to the flames. 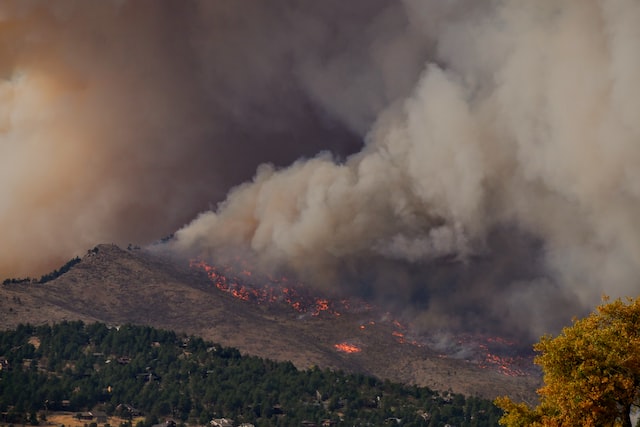 Doing some research on the frequency of wildfires and the extension of their period I soon came to realize that it is not an overnight result but has been escalating throughout the years, with scientists clearly elucidating the link between climate change and extreme weather conditions. ref

In fact, a 2017 report by the US Global Change Research Program recorded a "profound increase in forest fire activity" in recent decades. And these heat waves are not only hotter but they are also lasting longer as they have doubled in length in the past 50 years. ref

That means that the longer the fire seasons last, the bigger the impact they will have on both the environment and people. I then started wondering how big this impact is and what we can do to reverse this situation.

“Heatwaves will happen more frequently because of climate change. The connection has been clearly demonstrated by the Intergovernmental Panel on Climate Change.In the future, this kind of heatwaves are going to be normal. We will see stronger extremes. We have pumped so much carbon dioxide in the atmosphere that the negative trend will continue for decades. We haven’t been able to reduce our emissions globally,” ref

What is the impact

The environmental and socioeconomic impact of wildfires

Looking closely into the effects of these catastrophic fires I was thunderstruck by how much they negatively affect the world. And the negative impact is so significant, that it looks like a teaser of a dystopian future of biblical proportions.

Talking about the environment, the abuse of nature leaves behind many natural inhabitants destroyed while wildfires vastly impact weather conditions and climate through the enormous amount of carbon dioxide, carbon monoxide, and fine particulate matter that they release into the atmosphere. The Copernicus report was a reminder that burning trees release a great amount of CO₂. For example, French fires released nearly 1 million tonnes of carbon, equivalent to the annual emissions of 790,000 cars, into the atmosphere from June to August 11 alone making 2022 the worst year recorded ref

On another level, as these wildfires become normality, they take an enormous economic toll on local communities through property losses, decreased tourism, and in a more gloomy retrospective, they have resulted in numerous heat-related deaths. 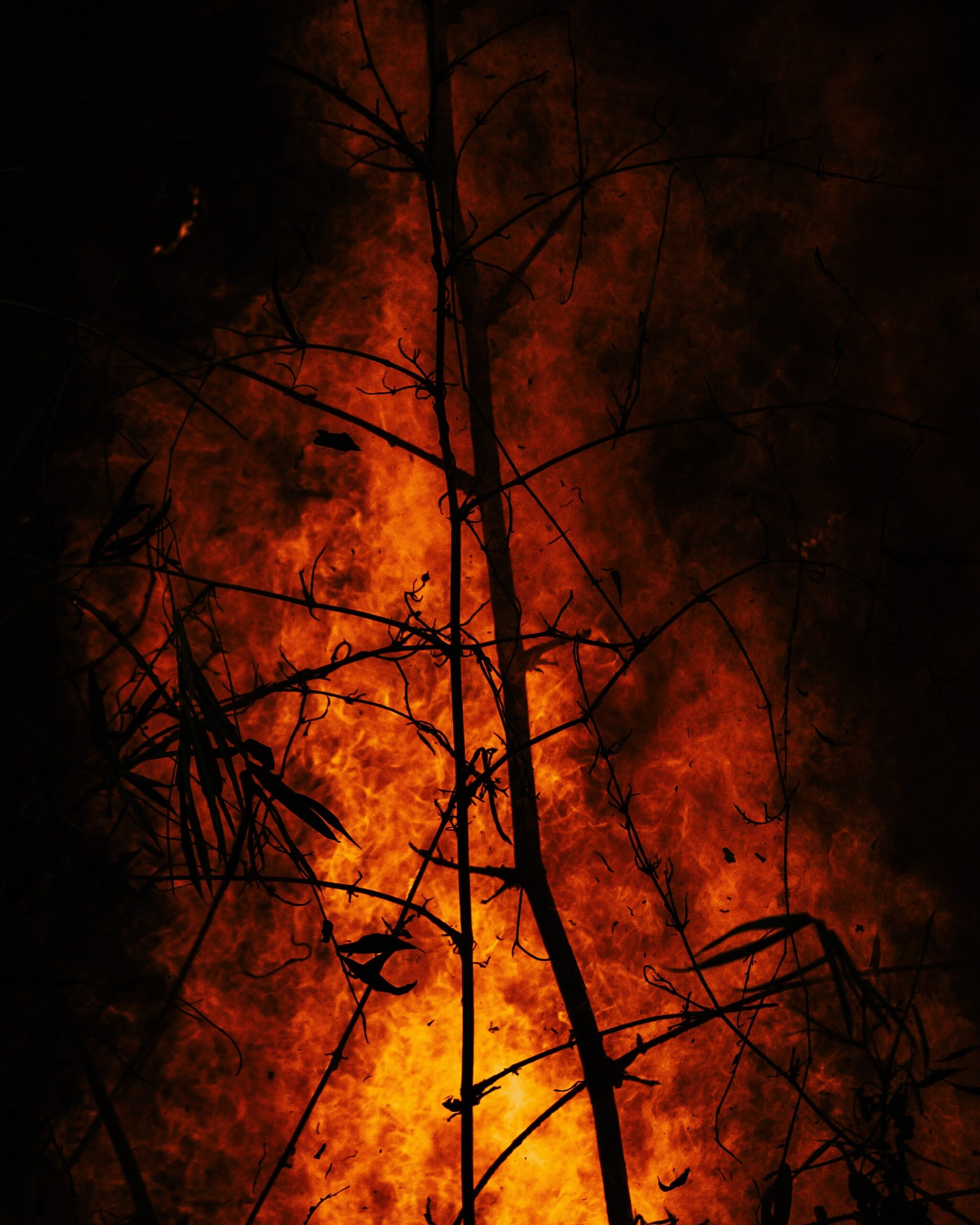 Additionally, there are plenty of ripple effects on people's health and extensively, the economy. An economic study has estimated that each additional day of smoke exposure from a wildfire reduces earnings in a community by about 0.04% over two years. ref

Communities are also affected on all kinds of levels as their normal everyday activities and their business operations are brutally interrupted to deal with the aftermath of the fires. Property losses and dislocation of people can destroy the infrastructure of a community while industries like outdoor entertainment and tourism are the first to be affected.

Are you worried enough? Because things are expected to be way worse in the future considering the current rates. Wildfires are expected to rise 14 percent by 2030, 30 percent by the end of 2050, and 50 percent by the end of the century, according to the UN. ref Alongside, as the IPCC report indicated, disturbances such as wildfire and insect outbreaks are increasing and are likely to intensify in a warmer future with drier soils and longer growing seasons. ref Climate change and wildfires are mutually exacerbating in a non-stop vicious circle and it has never been a more appropriate time to start acting upon them.

Investments in carbon removal are essential to fight climate change

Working with Klimate equipped me with a more positive attitude towards climate change as I could experience working with companies that really want to make a dent in the climate change fight. But experiencing the wildfires and seeing my country suffer, made me face the stark reality and the urgency of using all our resources to achieve net zero. We already know that we need to slash CO₂ emissions from the atmosphere. So, only reducing CO₂ emissions will not be enough to keep the temperature in line with the goals set by the Paris Agreement. It is imperative need to remove the remaining CO₂ from the atmosphere and compensate for the historical emissions we created over the years. Curbing global warming means that we need a faster shift to the already existing carbon removal methods that are still in a nascent stage and need funding as they are relatively behind, compared to the market opportunities. So to save our planet, we need carbon removal strategies that reflect the necessity of tackling climate change effectively.

Why you should use diversified methods of carbon removal

Carbon Removal can feel a daunting process especially when it comes to choosing the right projects. It is extremely important to use all resources for carbon removal and invest in divergent projects that create social and economic benefits. But, as we reflect on the devastating impact of wildfires, we equally understand why we should invest in more permanent solutions for long-term carbon capture. While reforestation can still be very efficient for carbon capture there are a lot of risks like wildfires as the CO₂ can return back into the atmosphere. For example, last year, a particularly fierce US fire season ripped through forest projects that had generated offsets bought by companies including BP and Microsoft. In total 5.7mn and 6.8mn tonnes of carbon had released by six forest projects in California’s carbon trading system since 2015. ref So natural solutions are really threatened by climate change. Ironic right?

On the other hand, technological solutions like direct air capture can extract CO₂ from the atmosphere and store it underground for millions of years, What is the catch? They are costly and need to be scaled up. So another important factor to consider when talking about CDRs is the price. In times of economic uncertainty, prices play a significant role in choosing the right CDR method. That’s why Klimate solutions include bespoke diversified portfolios that combine natural and technological methods to address this problem. At the end of the day, we will need all carbon sinks to reverse the damage we have created over the past 250 years. It is no longer a tactic but an absolute necessity

We are here for you

Book a demo
Get in touch
Wishlist 0
Continue Shopping