NØIE is a skincare company that started its sustainable ambitions early on after its launch in 2019. Their journey began with the hard realisation that the circular economy and sustainable solutions in the skincare industry are still underdeveloped. The lack of sustainable principles in the industry is what triggered NØIE to focus more on the idea of forming sustainable strategies and accelerating their shift to net zero.

Why carbon removal
Inspired to be net carbon negative
NØIE started their sustainability work by focusing on their packaging and circularity became part of the company’s operations early on. Today, NØIE’s products consist of 74% recycled materials with a short-term goal of reaching 90% and an ambition to achieve 100%. But their sustainability strategy didn’t stop there, as packaging circularity was only the beginning of a bigger initiative that also led them to carbon removal. What really inspired Chris Christiansen, Co-founder of NØIE, was the climate change fighting efforts of companies such as Microsoft.

"I was quite inspired by Microsoft. Here we have a company that was launched in 1975 and they want to remove all their emissions historically. I think that is quite ambitious! So observing and learning from companies like Microsoft and looking closer at how they are doing it made me say “ok if they are doing it, we can do it as well.”

As the company evolved, its sustainability goals shifted to a holistic approach including its ultimate goal of reducing its carbon footprint. These goals are also reflected by the fact that NØIE has recently received the B Corporation certification. But it is a big challenge to reduce its carbon footprint since most of its emissions come from scope 3 which are a result of activities from assets not owned or controlled by the company, but that the organisation indirectly impacts in its value chain, so the company is working closely with its suppliers to ensure that they also initiate plans to reduce their emissions.

NØIE’s next step is then to remove its unavoidable and historical emissions, and that’s when Klimate stepped in to help.

About the company
NØIE is on a mission to improve the quality of life for each individual with skin issues. They target skin conditions such as acne, eczema, psoriasis, dry skin and more, and they do so with a unique feedback-driven data model that is able to match individuals with personalised and scientifically-backed solutions that are customised to their needs.
Carbon Removal Strategy
How much do we need to remove and how?
When we first came in touch with NØIE they already knew that they wanted to remove all their emissions, including scope 3 and historical emissions. NØIE started by financing carbon removal projects by themselves. But they quickly acknowledged the challenges in navigating  the carbon removal market. They realised that it is a time-consuming process and that expertise is required to pull together resources and make sure that the prices can be lowered over time with the right investments.

At the beginning of our discussions, we shared with NØIE The Oxford Offsetting Principles and it was clear that both of our mindsets were very much aligned with the principles. The fact that we can offer our expertise and make bespoke portfolios is what led NØIE to assign Klimate as their partner in carbon removal. So we worked together to find the best solution that reflects their sustainability efforts as well as allocates more technological and permanent offsetting solutions.  Therefore we focused on using technologies that can remove the CO2 from the atmosphere and store it away for hundreds of years compared to natural methods that are less permanent. 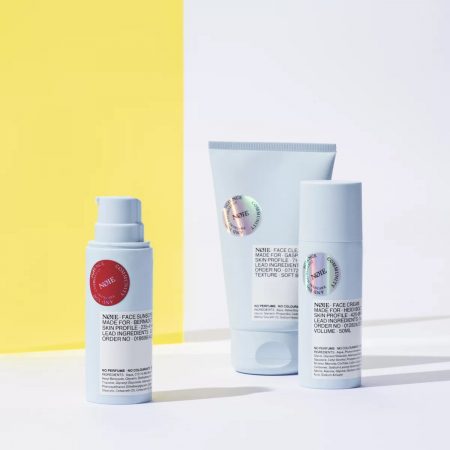 To find their baseline NØIE needed to calculate their greenhouse gas emissions for scope 1, 2, and 3, starting with 2020 as their baseline year. This part of the process created a standardised procedure where every month they make an estimation based on their revenue and then by the end of the year they do their carbon footprint calculations leading to see if their estimations were correct. Klimate is responsible for adjusting NØIE’s portfolios according to their calculations and delivering a solution that covers the company’s carbon removal needs.

To select the right portfolio, we worked hand in hand with NØIE to make sure that we covered their needs and reflected their wish to remove all their emissions. We created a customised portfolio that consists of 6 different projects. For 2020 alone they have removed 210 tons of carbon and most of the carbon removal comes from nature-based solutions (90%), while hybrid methods deliver 9%. The remaining 1% comes from technological solutions. It is worth mentioning here that not all carbon removal methods cost the same and that more than half of NØIE’s investment goes towards scaling permanent solutions. In total, 75% of their investment is placed in hybrid or technological solutions. That is a great initiative for the carbon removal market as these investments can help more permanent technological solutions to be scaled as well as create sufficient demand to ensure development at a cost-efficient scale and guarantee additionality.

Moving forward
A promise and a market signal
NØIE has made a promise to continue compensating for their emissions and they are sending a strong signal to the market and to other companies that want to start on their own carbon removal journey. NØIE was inspired by companies like Microsoft and is now an inspiration for others.

“I think it’s important to just get started! We decided to compensate for all of our emissions and do that continuously. That's our promise. But other companies can create their own promises. You don't have to compensate for all your emissions, necessarily, but do something! So, getting started with it and getting an understanding of this market is important. And I think every company has a responsibility to take.”

Talk to a carbon removal strategist

Talk to a carbon removal strategist

Finding the right way to remove your CO2 emissions can seem overwhelming. Luckily, we are always here to help. You can book a meeting to walk through how our solution might fit your needs, or simply send us a message.